Dublin Airport has its busiest ever April 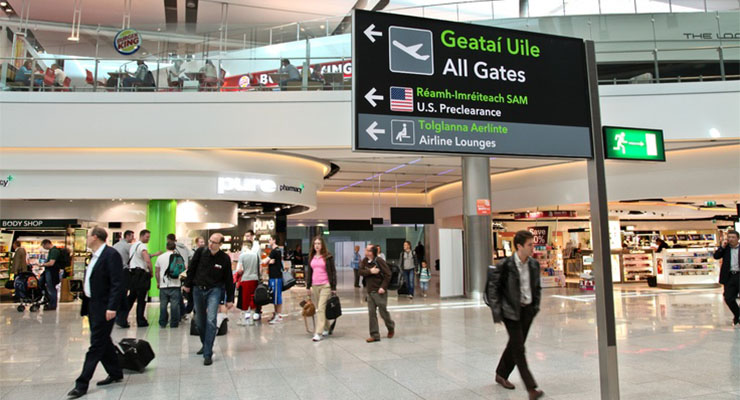 Dublin Airport has just had its busiest ever April in terms of passenger numbers, as a phenomenal 2.5 million people passed through during the 30 days. That equates to more than 80,000 passengers flying in or out every single day.

This year’s numbers represent a 12% increase on April 2016. The biggest percentage increase was in transatlantic traffic. 263,000 people used Dublin Airport to travel to or from North America during April – a 34% increase on last year’s figure.

Other international traffic at Dublin Airport, mainly involving the Middle East as either a destination or a stopover hub for South East Asia or Australia, was up by 20%. More than 69,000 people travelling to and from these destinations in April.

Finally, domestic traffic was also up, by 16%, as almost 8,700 people flew on domestic routes during the month.

Unsurprisingly, given the increased passenger numbers, the airport also had its highest ever number of commercial flights for April, with an average of 592 take-offs and landings per day.

The continued growth follows what was a record-breaking 2016 for the airport, when it handled more than 28 million passengers altogether.

It all shows that more and more of us are travelling internationally more often. If you’re among those who will soon be adding to the passenger numbers for this year, we remind you to take out travel insurance for your trip, wherever you’re going. It can make all the difference in the event of something going wrong while you’re away – or even before you go, if you have to cancel your trip due to unforeseen circumstances such as illness or bereavement.

At Insure My Holiday, we offer some of the most comprehensive and most cost-effective travel insurance available in Ireland, for all passengers and for all sectors.