A real travel ‘Tale of the Unexpected’ 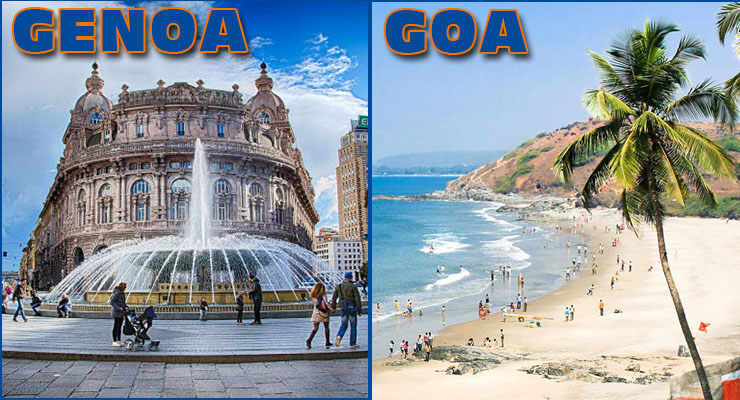 What’s the worst thing that’s ever happened you on holiday? Hopefully it was nothing more than one of your bags being delayed, or suffering an upset stomach when the local cuisine didn’t agree with you.

You probably never went to the wrong place by accident – but we’ve just learned how one Irish couple did exactly that, following an unfortunate mix-up with their booking.

The story was spotted by one of the Insure My Holiday team as he recently looked through archive copies of his local newspaper for a community project he’s involved in. It dated from 2001, and it told how a young couple had booked a holiday for exotic Goa in India – but ended up getting off a plane at Genoa in Italy instead.

It seems the couple had bought their flights through a travel agent, who keyed in ‘Goa’ to the booking system – but keyed it into the wrong place, and ended up with tickets to Genoa instead, because ‘GOA’ is the international airport code for Genoa. The couple then packed their bags for India, got from Dublin to Heathrow as expected on the first leg of their journey, but then blindly followed the signs for their onward flight number without ever noticing the destination listed alongside. Nor were they paying proper attention on board when the pilot made his announcement about where they would be flying to.

The first inclination they had that something was wrong was when the lights went on for landing less than two hours later. And it was only when they disembarked that they found out just how off course they’d gone – a different country, a different continent, and a distance of some 4,500 miles from where they were supposed to be.

While it was upsetting at the time for the couple, things ended up relatively well for them in the end though, as their travel agent arranged the next flights home for them, gave them a full refund of what they’d spent, and also gave them a free week’s sun holiday by way of compensation.

While we’re sure nothing like that would ever happen to you, their story still goes to show however that all sorts of things can go wrong from the moment you even begin to plan a holiday. That’s why taking out travel insurance as soon as you book is so important.

The peace of mind and back-up support it can provide in the event of things going wrong can make all the difference between still being able to enjoy your time away from home, or it being a complete disaster.