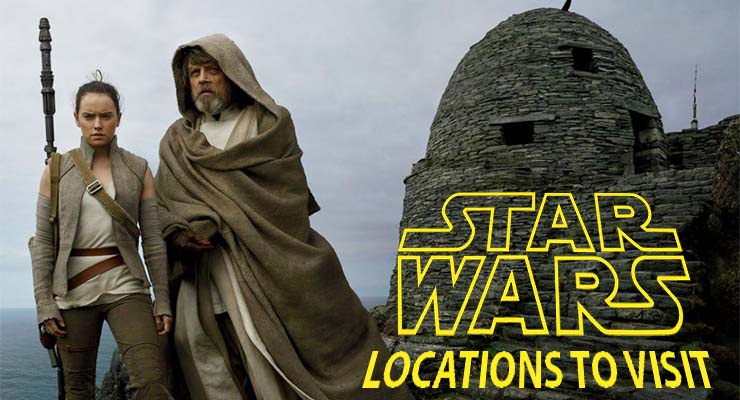 With ‘Star Wars Episode VIII: The Last Jedi’ continuing to top box offices worldwide, the people behind the Wild Atlantic Way have embarked on a major tourism promotion to highlight some of the locations used. You may have seen the advert where an alien race extols the beauty of Ireland’s rugged western coastline.

Others are trying to cash in on the craze too. Enterprising companies in Co. Kerry in particular are offering Star Wars tours, and some pubs even have a ‘Feel the Force – Pull a Pint of Guinness’ challenge. Star Wars tourism has also been going on in in other places for many years, as fans visit previous locations from other films. Here’s a selection of ten Stars Wars locations you can visit. Some are close to home, and some are in a land (though not a galaxy) far, far away… 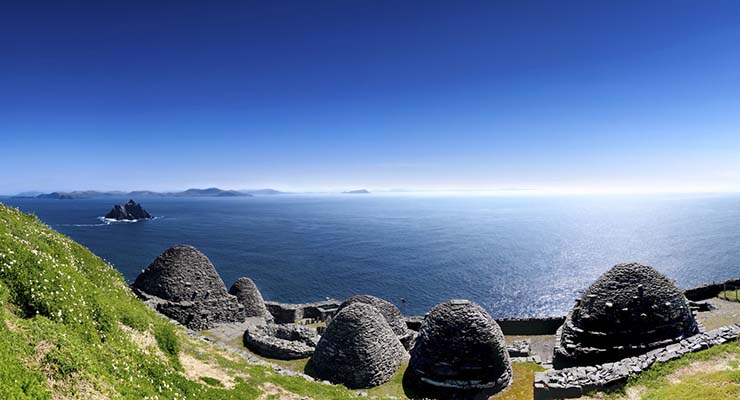 We may as well start with the one we’re all talking about in Ireland. The remote monastic outpost features in the final scene of ‘The Force Awakens’, and more prominently in ‘The Last Jedi’.

Boat trips to take you around the island are plentiful. Boat trips that will actually land you there are not. It’s advised to book well in advance. 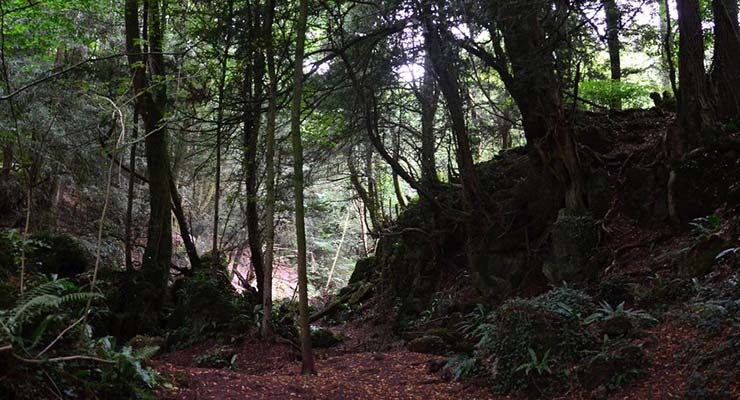 England has a number of Star Wars locations you can visit. Puzzlewood Forest in the Forest of Dean is one of them. It was scene of the lightsabre battle between Rey and Kylo Ren in ‘The Force Awakens’. There’s a mystical atmosphere that also provided inspiration to Tolkien as he wrote ‘Lord of the Rings’.

The Forest of Dean stands in Gloucesterhsire in Western England. Birmingham and Bristol are the best airports to consider if you want to visit.

Another of the Star Wars locations you can visit in England. The former RAF site was used as a base for Resistance X-Wing fighters in ‘The Force Awakens’. A nuclear bunker there was the Rebels’ operational HQ.

It’s normally closed to visitors, but Open Days are held several times per year. It’s about an hour’s drive from London. 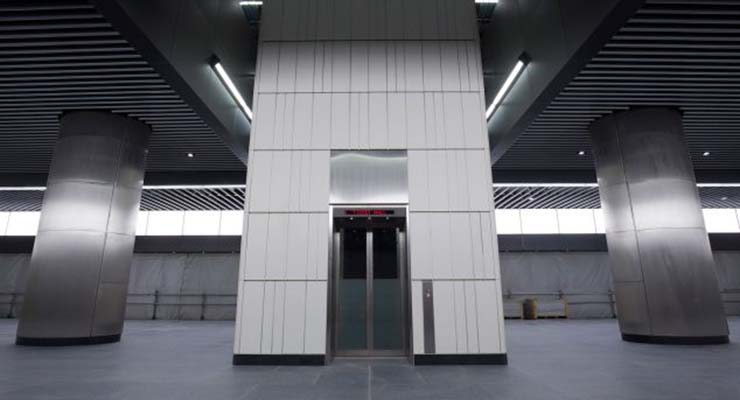 Easily the most accessible of the Star Wars locations you can visit that are listed here. Literally thousands of people pass through it every day. It may seem strange, but this ordinary Tube station doubled up an Imperial base in the stand-alone film ‘Rogue One’.

Its futuristic steel and glass construction gave film-makers the look they desired. See for yourself on any trip to London. It’s on the Jubilee Line. 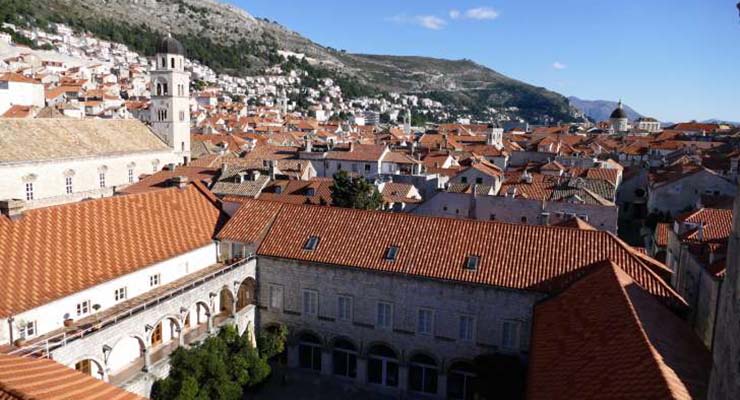 Already a firm favourite with Irish people, beautiful Dubrovnik found favour with the makers of ‘The Last Jedi’ too.

It doubles up in the film as Canto Bright, a casino city on the planet Cantonica. It’s a key scene were Finn and Rose try to find a codebreaker to disable the First Order’s new weapon.

Dubrovnik has also featured extensively in ‘Game of Thrones’, if you’re a fan of that too. There are many travel options and packages from Ireland. 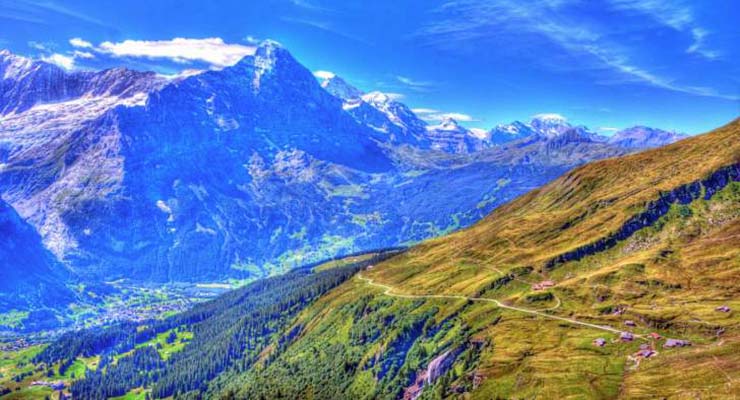 The spectacularly scenic Grindelwald in the Swiss Alps featured as Princess Leia’s home planet Alderaan in ‘Revenge of the Sith’.

There are various mountain trails to enjoy in summer, and ski slopes in winter. It’s about a two hour drive from Zurich. 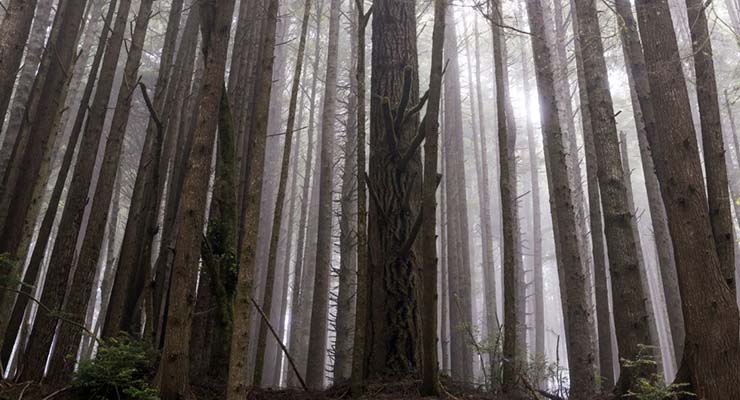 Redwood National  Park in northern California featured in ‘Return of the Jedi’, as the forest moon of Endor. That was home to the Ewoks – the little furry fellows who featured at the end.

Extensive logging has since taken place at the exact location of shooting. However, a visit to the park is still atmospheric enough to get a feeling for the film. It’s approximately a six hour drive north from San Francisco – and there’s much more in the area to make the trip worthwhile too. 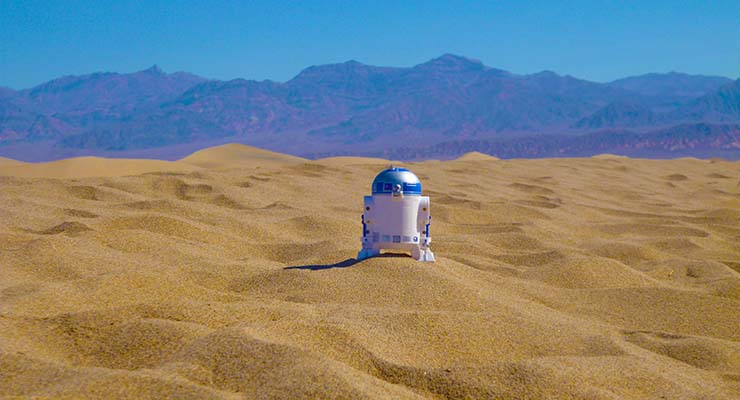 Also in California is Death Valley, where some of the scenes set on Luke Skywalker’s home planet of Tatooine in the original film (‘Episode IV: A New Hope’) were shot. With Tunisia – where most Tatooine scenes were filmed – currently being unstable for tourism, it’s probably your best bet if you want to see where the Skywalker story started.

Death Valley also features in ‘Return of the Jedi’. It’s about a five hour drive from Los Angeles, and two hours from Las Vegas. 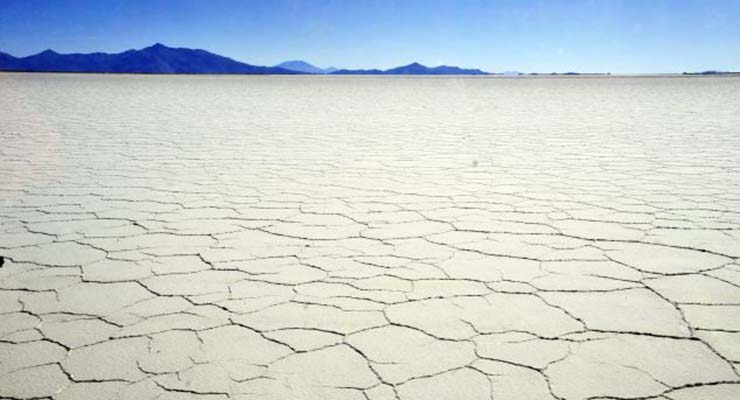 The famous salt plains of Bolivia have an other-worldly look about them. It’s therefore no surprise that they feature in one of the films.

The plains were used in ‘The Last Jedi’ as the remote mining planet of Crait, a rebel settlement.  That’s where the epic final battle scene between the Resistance and the First Order took place.

This is one of the more remote locations on our list. However, the salt plains often feature on the itinerary of a ‘Highlights of Bolivia and Peru’ tour. 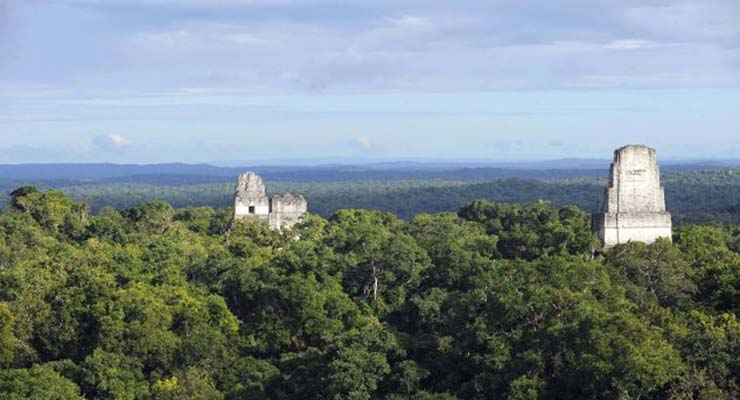 The thousand-year-old Mayan ruins here doubled up as the Rebel Alliance’s Massasi outpost in ‘Episode IV: A New Hope’. In the film, it was destroyed by the Empire during the Battle of Yavin. In real life, the ruins still stand there today, and you can explore to your heart’s content.

This is another location for more intrepid travellers. Is the Force strong enough to draw you here?

If you’re planning any travelling, to see Star Wars locations or for any other reason, then be sure to take out travel insurance before you go.

Whatever policy you choose with insureymyholiday.ie, you are assured of a high standard of cover at a low price.