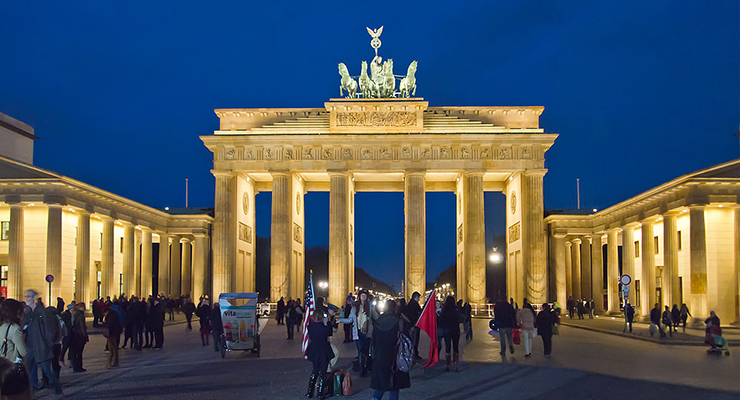 Are you interested in a short break this Spring? Why not fly to Berlin in Germany. Both Ryanair and Aer Lingus fly direct in 2 and a half hours. Berlin is in the East of Germany and on the Spree River. Berlin has lots of things to see and do – here are our five top tips for you!

1 – The Parliament of the Federal Republic of Germany 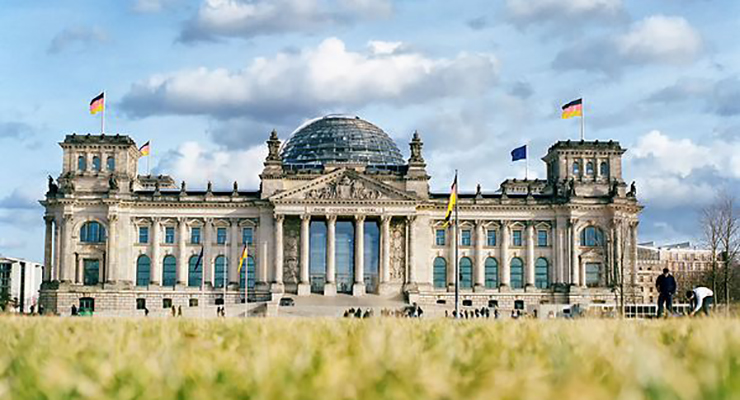 The German Bundestag is the national Parliament of the Federal Republic of Germany. It sits in the Reichstag Building in Berlin. In the current electoral term, Parliament is composed of the 709 Members. This is the 19th electoral term since the establishment of the Federal Republic in 1949. The President of the Bundestag holds the second highest office of state in Germany, after the Federal President. The roof terrace and dome of the Reichstag Building can be visited by members of the public and offer spectacular views of the parliamentary, the government district and Berlin’s top sights.

Brandenburg Gate is Berlin’s most famous landmark. A symbol of Berlin and German division during the Cold War, it is now a national symbol of peace and unity. The Brandenburg Gate is one of Berlin’s most important monuments – a landmark and symbol all in one with over two hundred years of history. A former symbol of the divided city, it drew visitors who used to climb an observation platform in order to get a glimpse of the world behind the Iron Curtain, on the other side of the barren “death-strip” which separated East from West Berlin, geographically and politically. 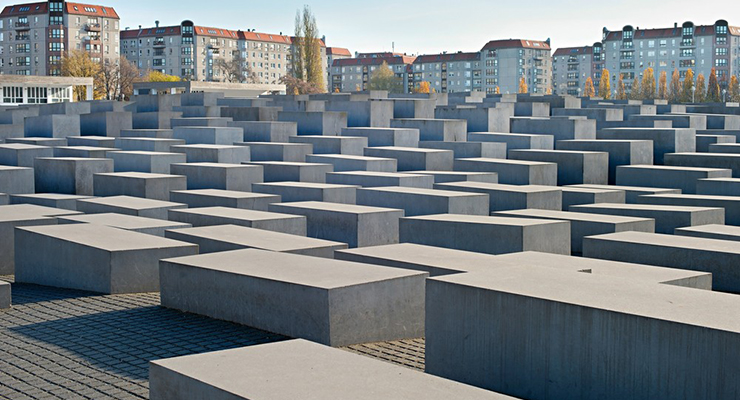 Close to the Brandenburg Gate in the heart of Berlin you will find the Memorial to the Murdered Jews of Europe – it’s an imposing place of remembrance and warning. On a site covering 19,000 square meters, the Artist, Eisenman, placed 2711 concrete slabs of different heights. The area is open day and night and from all four sides you can fully immerse yourself in the fully accessible spatial structure. 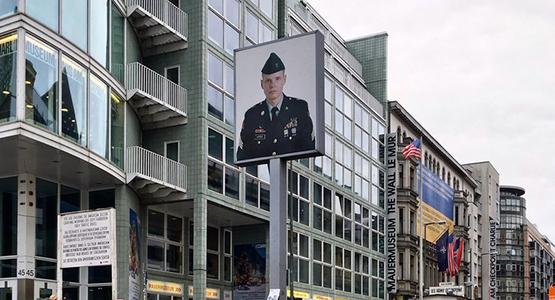 Checkpoint Charlie was the setting for many thrillers and spy novels, from James Bond in Octopussy to The Spy Who Came In From The Cold. Located on the corner of Friedrichstraße and Zimmerstraße, it is a reminder of the former border crossing, the Cold War and the partition of Berlin. The barrier and checkpoint booth, the flag and the sandbags are all based on the original site – and are a popular subject for photos. It’s no wonder that Checkpoint Charlie is one of the sights of Berlin that you really should see. 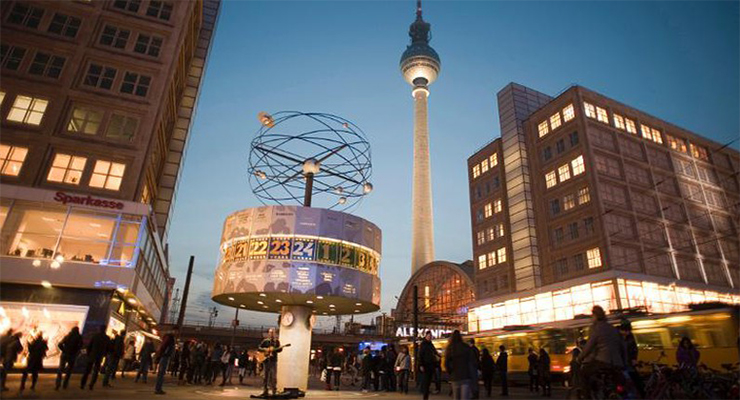 Alexanderplatz has always been one of the liveliest places in Berlin, with shops, cinemas, restaurants, and many other attractions within walking distance. Alexanderplatz in Middle is one of the best-known public squares in Berlin – and it’s certainly the biggest. Named after Tsar Alexander I, who visited the Prussian capital in 1805, most people simply call it Alex.
Alexanderplatz is Berlin’s eastern center and is an important transport junction – for the S-Bahn, U-Bahn, regional trains, trams and buses. With all the great tourist attractions within walking distance, it’s the ideal starting point for a sightseeing tour of Berlin.

Interested in more of our destinations in Germany? Why not have a look at our article about Cologne, Hamburg or Stuttgart

If you do end up making plans to travel to Berlin, make sure you have travel insurance for your trip.

Travel insurance is important, if you become ill or have an accident you are prepared. Remember that you’ll also be covered against all other mishaps that might befall you during your trip, such as lost luggage or cancelled/delayed flights.