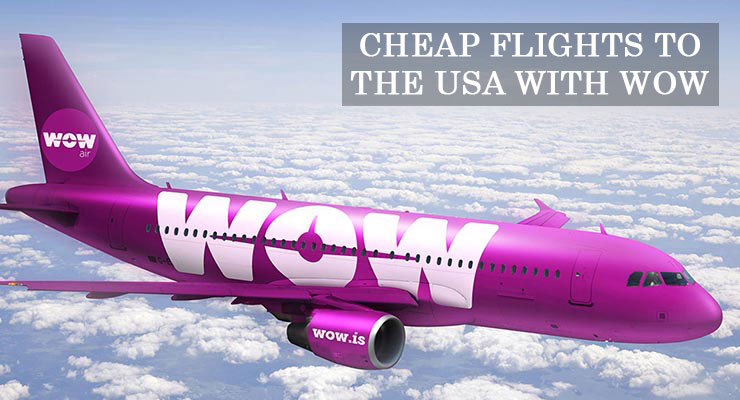 Transatlantic travellers seeking cheap flights to the USA will have even more choice next year. Icelandic budget airline WOW has announced four new routes from Dublin – to Detroit, St. Louis, Cleveland, and Cincinnati.

Detroit flights will commence on April 25; Cleveland on May 3, Cincinnati on May 9, and St Louis on May 17 of 2018. Fares will begin at €129.99 each way, including taxes and charges, says the airline.

Passengers will need to pay extra for in-flight meals and checked baggage, though. A 20kg bag, for example, will cost between €47.99 and €81.96 each way.

Passengers will also need to be prepared for stopover at Kelflavik Airport in Iceland, usually of between one and three hours. You can turn this to your advantage if you want to visit Iceland though, as you can break your journey and stay a few days there at no extra cost.

The airline says that together, the new routes will open the American Midwest in a new way for Irish passengers. While all four cities can already be reached with one-stop itineraries – for example, via New York or Boston – they will never have been accessible so cheaply before.

WOW already serves ten North American cities from Dublin, via Reykjavik. They are Boston, Chicago, Los Angeles, Miami, Montreal, New York (Newark), Pittsburgh, San Francisco, Toronto, and Washington DC. While these cities are also currently served from Cork, the airline has announced those services will end in October 2017. This is due to lower than expected demand.

Nevertheless, the new services from WOW, allied with the direct cheap flights to the USA by Norwegian, means that Irish travellers will have more choice than ever before for budget trips to the USA from next April onwards.

If you happen to be planning a trip to the USA – with WOW or any other airline – make sure that you and your travelling companion(s) are carrying comprehensive Travel Insurance for the trip.

Travel Insurance is particularly important for the USA because of the high cost of healthcare there, should you become ill or suffer an accident. Remember too that you’ll also be covered against all other mishaps that might befall you during your trip, such as lost luggage or cancelled/delayed flights.

Whatever policy you choose with Insuremyholiday.ie, you are assured of a high standard of cover at a low price.