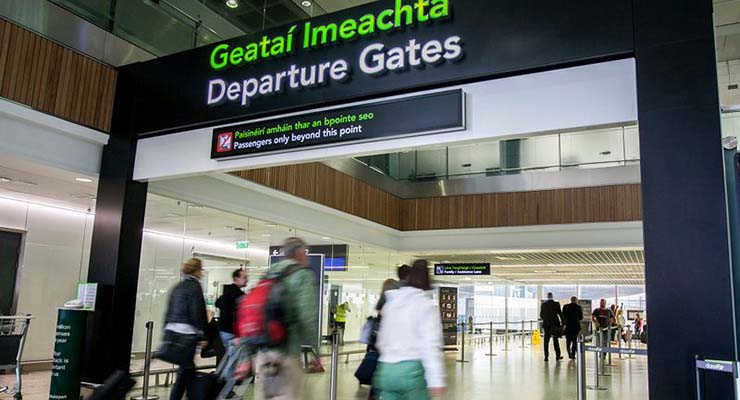 There’s a whole host of new flights from Dublin Airport in store in the coming months, with no fewer than nine different carriers involved.

Some are extra services on existing routes, while others are to whole new destinations. They’re in addition to new services that began during March, when Ryanair upped its frequency to both Marrakesh and Paphos, and Aer Lingus began to fly direct to Philadelphia.

The new services include five long-haul and nine short-haul destinations. Four of the carriers are either new to Dublin, or making a return after previously suspending flights from there. They are Cathay Pacific, Croatia Airlines, Hainan Airlines, and Icelandair.

It all adds up to what will be another record summer for Dublin Airport. There are 1.7 million extra seats when compared to last summer, representing an 8% increase.  There’s never been more choice for where to go!

Aer Lingus will fly to Seattle four times per week, beginning in May. It’s the latest expansion of the national carrier’s transatlantic services, and it opens up the Pacific Northwest for Irish travellers.

Air Canada will fly direct to Montreal four times per week, also beginning in May. Montreal is a fascinating city, renowned for festivals, the arts, good food, and more.

Heading eastward, Hainan Airlines will begin its flights to Beijing in June. There will be four services from Dublin per week. Two will be direct, while the other two will involve a stopover in Edinburgh.

Finally, June will also see Cathay Pacific begin to fly direct from Dublin to Hong Kong. They say that these flights are likely to be of great use to business travellers in particular, given the growing economic links between Ireland and the business hub of China.

Closer to home, Croatia Airlines will introduce flights from Dublin to Zagreb during May. There will be two services per week. Fares start at €189 return.

Icelandair is another newcomer to Dublin. It will have six flights to Reykjavik per week, starting in May. Remember Reykjavik is also an option as a stopover with the budget transatlantic carrier, WOW.

Ryanair is introducing one new route, and upping frequency on two others. The new route is to Dalaman in southern Turkey (one per week), while frequency to Frankfurt will increase to twelve flights per week, and frequency to Luxembourg will go up to three per week.

Finally, there will be two new cross-channel services to the UK. Loganair will begin daily flights to Carlisle during June, while British Airways will have one flight a week to Manchester, to bring more choice to a route that’s already well served by others.

The new services mean that this summer, Dublin Airport will have flights to 195 desinations, in 42 countries, operated by 56 airlines.

That’s a whole lot of choice! Have you booked your summer holiday yet?

Travel insurance for all your travels

Wherever you decide to go, make sure you have full travel insurance for your trip.

Whatever policy you choose with Insuremyholiday.ie, you get a high standard of cover at a low price.